Beginner’s Guide to The Dakar Rally

Beginner’s Guide to The Dakar Rally

Motorsport may have ended for 2014, but it won’t take long for things to get started in 2015. The Dakar rally returns on the 4th of January for another gruelling off road race across desert dunes, treacherous mountains and swamps of mud.

Having moved from Africa to South America, the Dakar rally is a major event on the motorsport calendar. Here is a beginner’s guide to the most famous off road race on the planet.

What is The Dakar Rally

The original title “Paris to Dakar” makes it sound simple. A to B. As fast as you can. The race is anything but. The most stunning course in the world, the Dakar Rally is almost like poetry.

Lone vehicles racing across vast deserted landscapes, battling the harshest of environments as fast as they can. A driver (or team of drivers) and a vehicle against nature. 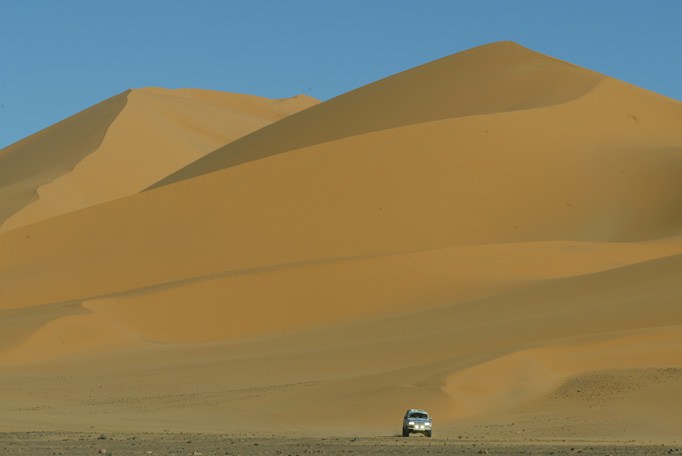 Its the ultimate test for a driver. Not only battling against the most difficult terrain as fast as you can, you have to maintain and repair your vehicle, keeping it at its best.

And if not at its best, then pushing it as hard and far as you can to get across that line. The rally was started in a bid to showcase some of the incredible environments to be seen across Africa.

The move to South America has resulted in less interest from Europe which is a shame as the action and locales are just as spectacular.

History of the Dakar Rally: It all started when someone became lost

Thierry Sabine was lost. He was meant to be competing in the 1977 Abidjan-Nice rally when a wrong turn somewhere left him in the middle of the Tenere desert in Libya.

Whilst many would have become distressed and panicked at their predicament, the french motorcycle racer instead found inspiration. Looking out across the sand dunes, Sabine realised that the setting would be perfect for a rally.

On his return to Paris, the idea continued to grow. Sabine became determined to share the “dreamlike landscapes” with as many people as possible.

On the 26th December 1978, the first rally began. 10,000 kilometers long, the route took its 182 competitors across France, Spain, Algeria, Niger, Mali, Upper Volta and finally, Senegal. From the start, the race was split into two categories – motorcycle and car.

The first winner in the motorcycle section was another Frenchman, Cyril Neveu riding a Yamaha bike. The 21 year old would go on to win the rally four times in total.

In the car section, a team of Frenchmen driving a Range Rover took the win. In total, 74 of the 182 vehicles completed the race. The Paris-Dakar rally was an instant success.

The success led to companies such as Yamaha, Volkswagen, Lada and BMW hiring teams to enter the 1980 competition. The field also expanded, to a total of 216 teams.

The 1980 edition also had another big change – the inclusion of a truck class.

Year on year the numbers continued to grow, with more and more companies taking part in a bid to show off their vehicles. The competition became fiercer in 1987 with the increased number of official cars from major manufacturers taking part.

No better was this seen than with the Peugeot team, who hired former World Rally champion Ari Vatanen to drive for them. The move proved to be a shrewd one, with the Finnish racer taking victory in the 1987 race.

This would start a period of Peugeot domination, with Vatanen and his teammate & compatriot Juha Kankkunen winning three more consecutive titles. 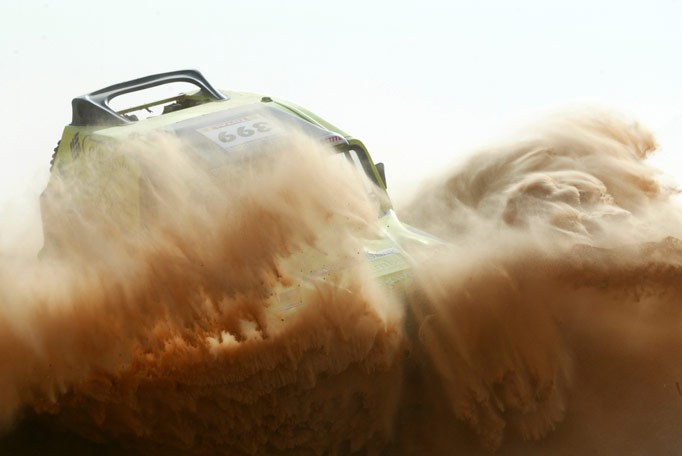 Racing was not without its troubles, especially in 1988 when Vatanen had his race car stolen whilst being serviced in Bamako, Mali. Controversy also grew with livestock and, reportedly, isolated people being struck and killed by entrants into the rally.

The 1990 title saw the final year of Peugeot entering the rally. Sister company Citroen took over and continued to dominate the car race, with a third consecutive victory for Vatanen in 1991.

1992 saw a change to the rally in a bid to halt the decline in entries. For a one off race, the finish line was moved to Cape Town, South Africa.

More changes came in 1994, with the competitors having to drive back to Paris from Dakar, making the race much more gruelling. 1995 and 1996 had the start line change from Paris to Granada in Spain.

The route continued to change across the rest of the nineties, with Mitsubishi and Citroen continuing to dominate the field.

Back to its best

2001 saw the last ever to take the famous Paris to Dakar route, with the start point moving to the French town of Arras. The Dakar rally regained its popularity in the 2000s, with a record number of competitors (688) entering in 2005.

Mitsubishi continued to perform strong, with Nissan and Volkswagen also increasing their efforts. Up against the big boys were the German X-Raid team in their modified BMWs, and former Formula One driver Jean-Louis Schlesser in his Ford engined, self built buggies.

Schlesser managed to undo the manufacturer dominance by winning in his self made car. 2008 would see the final Dakar Rally in Europe and Africa.

Set to race from Lisbon to Dakar, the race was cancelled due to the growing terrorist threat in Mauritania. Four french tourists were killed in the country on Christmas Eve 2007, just a few weeks before the rally was due to start.

570 teams from 50 countries were due to race. With no option but to cancel, the organising committee began looking for an alternative location. An offer from Argentina and Chile was accepted.

The transition to South America proved successful, with numbers steadying at around 400+ entrants each year. Taking part predominantly across Argentina and Chile, with occasional stops in Peru and Bolivia, the rally continues to inspire and attract racers looking to test their limits.

The 2015 rally will cover 9,000 kms across Argentina, Chile and Bolivia. Showing increased popularity, helped by the large number of local entrants, the 2015 edition will have 567 competitors waiting to start in Buenos Aires on the 4th of January.

Across two weeks of intense racing, the competitors will have traveled across desert, mountain and swamp before returning to the Argentinian capital for the finish line on the 17th of January.

The race is broken down into thirteen stages, including several marathon stages where no repairs are allowed to be made to any part of the vehicle.

These stages will also take place across two days, leaving drivers to camp at bivouacs in the middle of nowhere for the night.

One big change this year is the separation of vehicles from different classes for the majority of the race, to ensure that safety is kept to a maximum.

Whilst some fans are disappointed that the image of two drastically different classes competing against each other won’t be as common, organisers are determined to make the race as safe as possible.

The race is divided between four different classes covering very different driving styles and disciplines. Some of the most famous drivers have found victory across multiple classes.

The motorbike class is limited to 450cc single or twin cylinder engines. Divided into two groups (Elite and Non-Elite), those participating in the Marathon races are not permitted to change the engine, frame or forks for the entirety of the race. Currently dominated by KTM bikes, past winners have used Honda, Yamaha and BMW.

Previously under the motorbike class, quad bikes were separated into their own division from 2009. The class is divided between two-wheel and four-wheel drive vehicles. Yamaha are the current champions, remaining unbeaten since the class was opened in 2009.

The car class is for vehicles under 3,500 kg and is divided between four separate groups. The first “T1” Group is made up of “Improved Cross-Country Vehicles”, which includes SUVs and off road cars.

The third “T3” group is for “Light Vehicles”. A final, fourth category, is named “Open”, and is available to all vehicles under 3,500 kg that comply to the SCORE regulations (SCORE (Southern California Off Road Experience) are the international rally raid body).

In recent years, the team to beat has been the X-Raid team, who use modified MINI cars to steer themselves to victory. Volkswagen, Mitsubishi and Peugeot-Citroen have also dominated the car class in the rally’s history.

The truck class is divided into two racing classes, with a third support class introduced in 1998 to help the racing teams at each resting point. Trucks are vehicles over 3,500 kg and are either “T4.1 Series Production” or “T4.2 Modified truck” vehicles. The truck class has not gone without its controversies, with the class banned for the 1989 race after a DAF team member was killed.

The Kamaz team currently dominate the race, with teams from Iveco, MAN and Tatra competing for best of the rest.

This year’s car race is likely to be dominated by the X-Raid team once again who have won the previous three races with their modified MINIs.

The most successful racer in Dakar Rally history is also participating and has to be one of the favourites for the title. Stéphane Peterhansel has won a total of 11 titles across the motorbike and car classes.

As part of the X-Raid team, he drove the team Mini to victory twice, before finishing second last year. He has switched over to the newly returned Peugeot and will be looking to reclaim the title.

The other classes look set to be dominated by the same manufacturers as before. KTM will be looking for victory in the motorbike class.

Kamaz look dominant in the truck class, with the Russian marque dominating the category. A big story in last year’s race was the victory of Chilean Ignacio Casale winning on a Yamaha quadbike. He will be looking to repeat his victory in this year’s race.

The race begins on the 4th of January and the place for all the information is the Dakar Rally website. One of the major team sponsors Red Bull, will also be putting a lot of images and videos online tracking their racers.

Last year, British Eurosport covered the race with highlights and features on their two channels. There has been no official announcement of any television coverage.

With the busy Christmas TV schedule, news will likely wait until after the festivities have died down. Creditplus Will be bringing you news on the rally, so if you want to be kept informed, keep an eye on this blog.

More from the Creditplus motorsport blog:

Sportsmanship in racing – a look at some famous examples of racers leaving behind the motorsport to help a driver in need.

Should Hamilton crash into Rosberg? – Back before the Abu Dhabi race finale where Hamilton claimed victory, we took a look at whether Hamilton should take matters into his own hands when it comes to winning the championship.

The Perfect Getaway – A look at the history of the getaway car and how it has been used across the years. From Dillinger to the Pink Panthers.