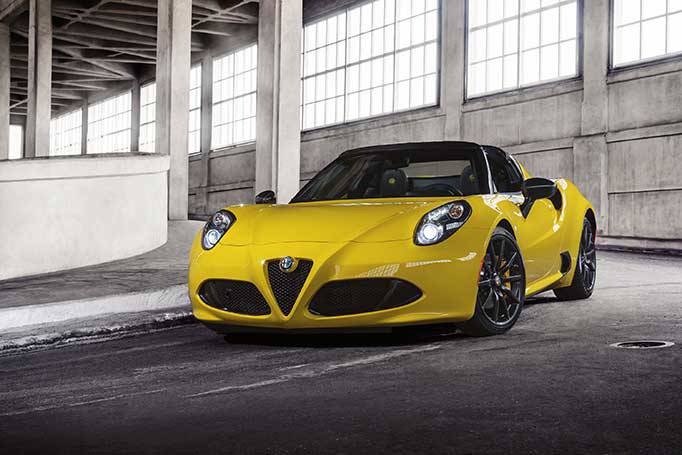 A production version of the new Alfa Romeo 4C Spider is the highlight of our roundup, with the stunning new car going on sale in Europe this summer. The new Spider is built on a carbon fibre ultra lightweight monocoque chassis, with new “pre-preg” carbon fibre layers that is seven times lighter than steel, but also three times stronger. The bodywork is made from a sheet moulded compound (SMC) – a low density, high strength compound material that is 20% lighter than steel, whilst the windscreen and windows also optimised for lightness. 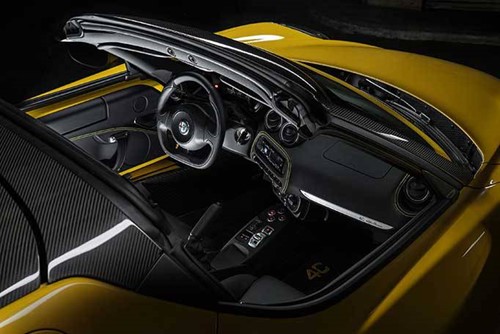 The new 4C Spider shares a lot of design traits with the award winning 4C Coupe, the changes focusing on the change from fixed top to convertible. Prononunced butresses and a body coloured engine deck-lid with three functional heat extractors are new, while the rollover protection is house in a black carbon fibre halo. In addition to the new designs, a new colour is also available, with a new Giallo (yellow) paint scheme. 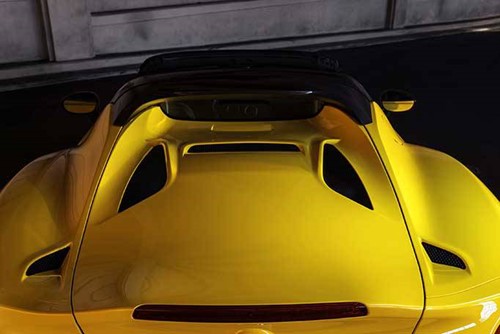 Pricing and UK specification will be announced closer to the launch date. 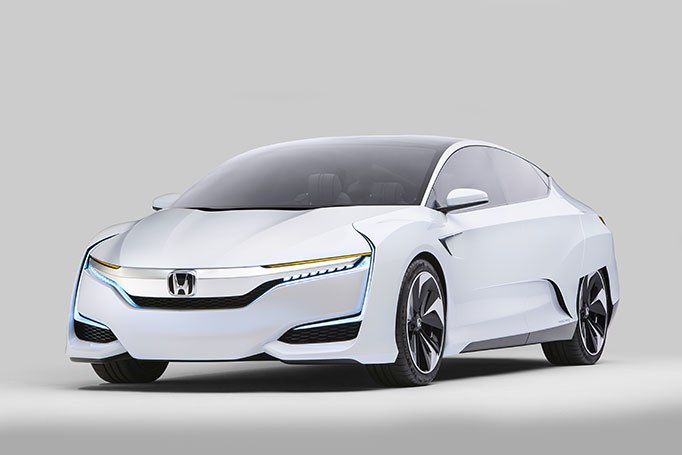 Honda’s next zero emission fuel cell vehicle was unveiled in North America yesterday, showcasing the latest concept in green technology. Going on sale in Japan in March 2016, the new Honda is expected to reach the UK some time after. 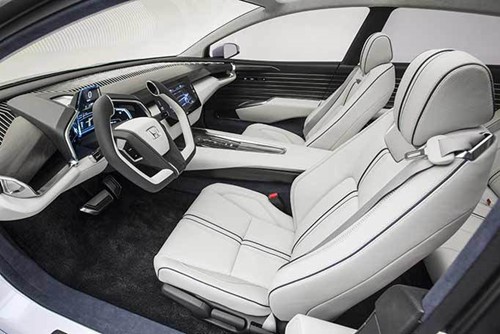 The new model is expected to have a driving range of up to 300 miles, with an estimated refuelling time of three minutes. The fuel stack will be 33% smaller than the current Honda FCX Clarity, with a 60% increase in power. The new concept is set to continue Honda’s commitment to cutting carbon emissions, following the success of the Honda FCX and the building of a dedicated fuel-cell vehicle network back in 2008. An investment in fuel cell stations across America has already been announced. News for the UK is still pending. 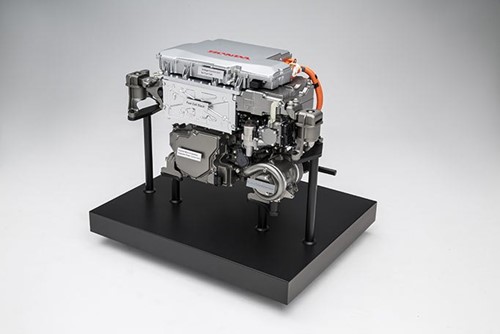 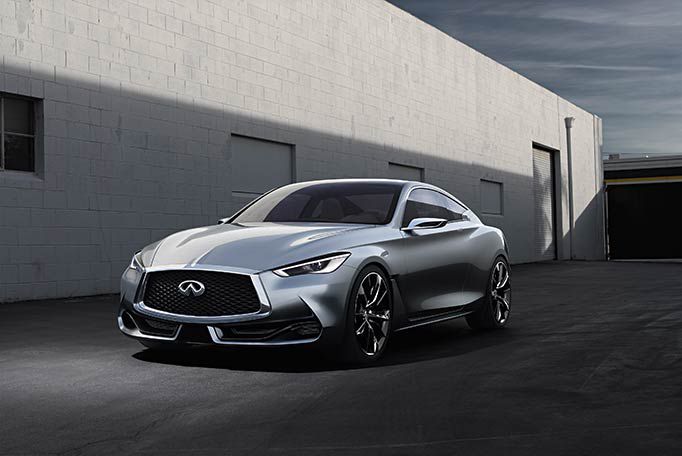 Nissan’s luxury vehicle division Infiniti debuted its new Q60 concept, showing the company’s new take on the 2 door concept. Designed with a sweeping, angular exterior that emphasises power and performance, the new coupe will be fitted with a V6 3.0 liter engine. Direct injection and twin turbocharging are also a vital part of this new lighter, smaller, more efficient engine. 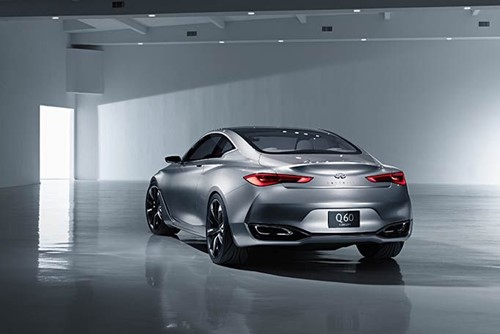 “One look and it is clear: Q60 Concept is a strong statement from Infiniti designers that the exhilaration is real,” said Ronald Krueger, President of Infiniti Motor Company. “Design is a key driver for developing a strong brand. Q60 Concept is another building block in Infiniti’s quest to refresh its portfolio with a strong and consistent design language. And in 2016, we will launch a new model heavily inspired by the Q60 Concept.” 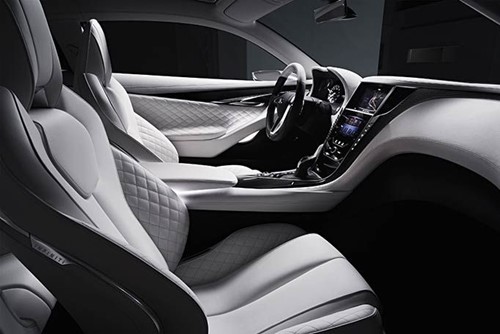 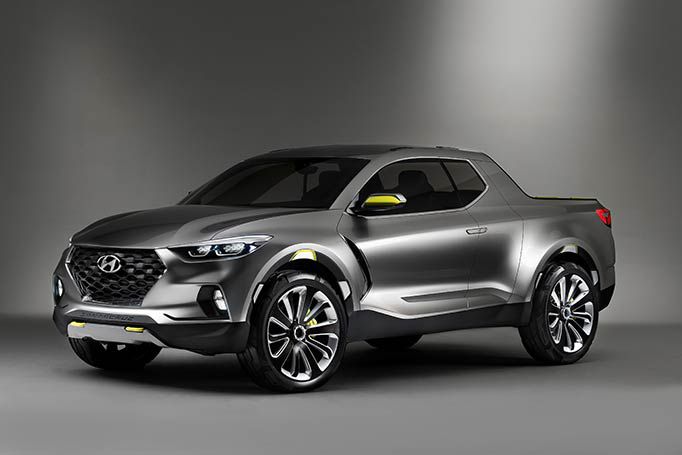 Hyundai made two big announcements at the Detroit Motor Show. First, they displayed their Santa Cruz concept – a new rugged four by four pickup designed for Urban Adventurers. A 2.0-liter turbo diesel powertrain giving 190 horsepower and 300 lb-ft of torque. Fuel economy is also good, with the concept in the 30 mpg range. The Santa Cruz also comes with the Hyundai HTRAC all-wheel drive system. Whilst it looks like a pickup, the size is more in line with a CUV (crossover utility vehicle), making the Santa Cruz more suitable for tight parking in urban zones. The concept is still in development, with a 2016 release likely. 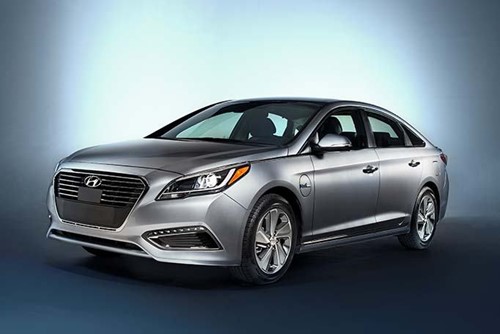 The second announcement was a Hyundai first – the Sonanta Plug-in Hybrid. The new, larger lithium polymer battery pack is five times larger than the current Sonata Hybrid, providing an electric only range of 22 miles. This will put the new Sonata further than any PHEV saloon. The 50 kW electric motor is 32% more powerful than the Sonata Hybrid, whilst the 2.0 liter Nu four-cylinder GDI engine working with the electric motor allows the new Plug-in to work just like the Hybrid when the battery is depleted. The Sonata PHEV’s engine total output is 202 horsepower at 6,000 rpm.

The new PHEV is expected to provide an MPGe of 93, with recharge times taking 2 and a half hours at a 240v level 2 station. Again, the Sonata Plug-in Hybrid is expected to be available sometime in 2016.