Gerhard Mitter in his Lotus at the German Grand Prix, 1965

In unsurprising yet dismaying news, it has been announced that Hockenheim will not host the 2015 German Grand Prix, meaning that the race will not feature on the calendar in F1 2015.

The German Grand Prix has been struggling since Schumacher’s retirement in 2012. Despite having Vettel and Rosberg at the top of the spot, attendances at the race have been falling season on season, with just 52,000 fans there to see Rosberg win in his Mercedes last season. The drop in attendance has increased financial pressure on the circuits and Hockenheim were unwilling to take another loss on such short notice. Originally set to take place at the Nürburgring, financial difficulties and a change of ownership meant they were unable to host the race this year.

Hockenheim and the Nürburgring

The German Grand Prix alternates between the two famous circuits on a year by year basis. This year was the Nürburgring’s turn to host the race, but financial troubles have plagued the famous circuit. New owners have taken over the circuit, however an agreement between Formula One and the circuit owners had not been made for 2015. Ecclestone had made an attempt to buy the Nürburgring himself, a fact that came up during his bribery trial in Germany. With no agreement in place, Hockenheim were contacted as the only alternative option for a German Grand Prix.

Hockenheim have their own financial troubles, and with the number of fans falling year on year, they were unwilling to stage the race at such short notice. Citing the excuse of being unable to prepare in time for the race, scheduled to take place on the 17th to 19th of July. 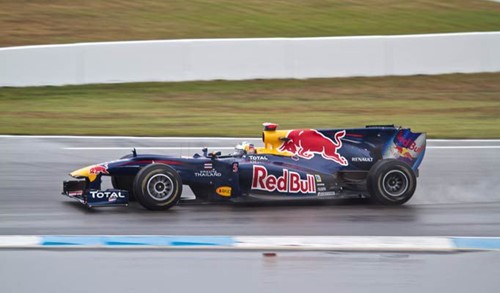 German drivers are at the top of the sport, Vettel having dominated for four consecutive seasons and Rosberg pushing Hamilton close last year. The falling attendances must be a concern for German F1 fans, as if a homegrown driver cannot pull in the crowds, then who can?

Is Formula One losing its appeal?

The Nürburgring is one of Formula One’s most historic venues, dating back to before the Second World War. Becoming the main venue for the German Grand Prix in 1947, the famous circuit has also played host to many other racing disciplines, with major car manufacturer’s proving their car’s worth on the track. The “Nordschleife” layout of the course is 22km’s long and driver’s regularly compete to beat the lap in under 8 minutes. The Grand Prix circuit was changed in 1984 to the one used today. 5,148km long with 16 turns, the circuit is a favourite of Lewis Hamilton and Mark Webber. Schumacher’s success in the sport led to a second grand prix being held in Germany from 1995 to 2006, as the European Grand Prix. 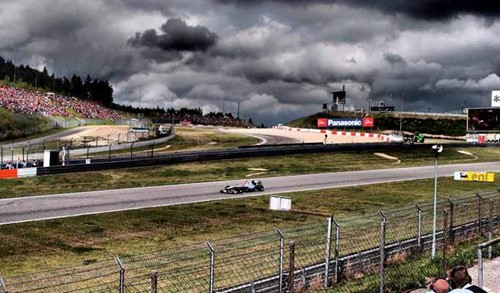 Mercedes at the impressive Nurburgring.

The Nürburgring was replaced by Hockenheim as the German Grand Prix between 1977 to 2006, losing its place because of safety concerns from drivers. The Hockehnheimring was originally built in 1932, using forest roads as part of the circuit. In the beginning it was mainly used as a motorcycle race circuit, more variations of racing made use of the track as time progressed. Tragedy struck in 1968 when former F1 champion Jim Clark was killed racing in Formula 2 at the circuit. The track was redesigned in 2002 to make the race a better spectacle for fans, reducing the length of the straights to put less stress on the engines.

In other Formual One news

Giedo van der Garde has settled his dispute with Sauber over losing his seat in the team. In a long post on his facebook page, van der Garde explained some of the strange decisions going on at Sauber, and thanked his fans for their support. It looks like this will signal the end of van der Garde in Formula One, with the driver looking towards the WEC and Le Mans.

More news and features from the F1 2015 Guide