Kimi Raikkonen – The Grumpiest Man in Formula One

Kimi Raikkonen – The Grumpiest Man in Formula One

Kimi Raikkonen, possibly the grumpiest F1 driver of them all, is also the most hilarious. In fact, I’d go as far as to say that the grumpier he gets, the funnier he gets.

Kimi began racing F1 cars in 2001 and won the championship in 2007. He left F1 in 2009 for WRC, but returned to F1 racing for Lotus for the 2012 season. This year, Kimi races for Ferrari with teammate and fellow championship winner, Fernando Alonso, and though he has yet to grab a podium place, there’s no doubt that we’ll be seeing a lot more of the fiendish Finish Ferrari racer now that he’s back with the Italians.

Until then though, we’ll at least have the pleasure of Kimi’s couldn’t care less attitude and anti-media personality. Here are some of his best comments throughout the years:

When he was asking his team to stop giving him instructions over the radio – “Leave me alone, I know what I’m doing!” 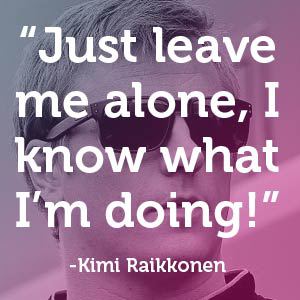 When asked why he choose motorsports instead of ice hockey as a profession – “I have decided to do motorsports because I don’t have to get up so early in the morning.” 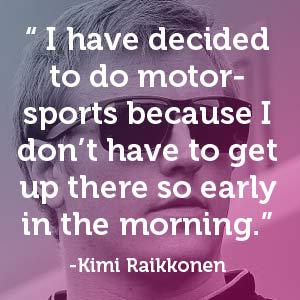 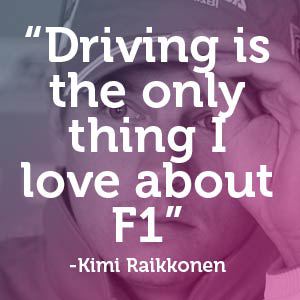 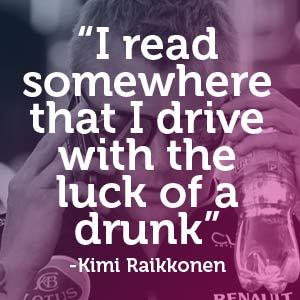 When asked what he thought about the comments in the press – “I’m not interested in what people think of me. I’m not Michael Schumacher” 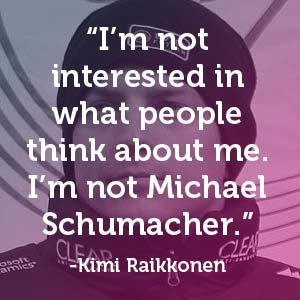 In fact, his general opinion about the media – “Formula One would be a paradise without the media” 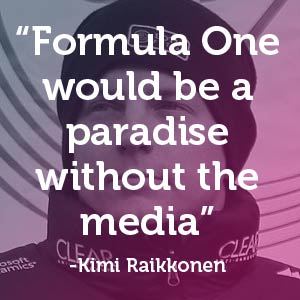 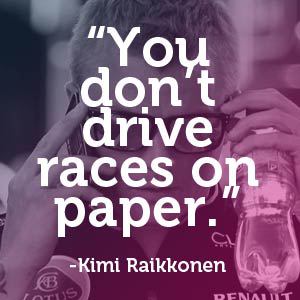 When his team gently tried to remind him to save his tyres – “Yes, yes, yes, yes – I’m doing it all the time. You don’t have to remind me every second.” 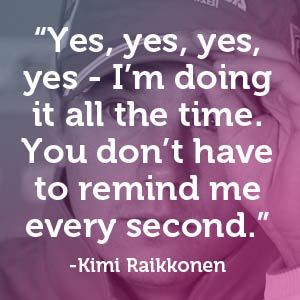 Still hungering for some more quotes? Why not check out what Jeremy Clarkson has had to say about cars and their drivers, or check out more motoring quotes on our Pinterest board!